After three months travelling through Italy the first steps and murals of this project are done. With a series of poetic paintings, concieved in a site specific way, with attention to local poets, with texts able to represent a part of the culture of the visited places, Opiemme created a poetic route of street poetry, that simbolically crosses Italy from North to South. “A jourmey through painting and poetry” is a public
art project and a Manifesto of the aims expressed by Opiemme since the beginning of it’s quest: “bringing poetry closer to people, to renew communication channels, and searching new ways of presenting poetry.” Opiemme moved a step forward in bringing street poetry deep into muralism, passing from ephemeral actions to images and words painted and  visible in public spaces and daily life spots.

This project was covered by ZIGULINE webzine, and supported by: Portanova12 (Bologna), 3)5 Artecontemporanea (Rieti) 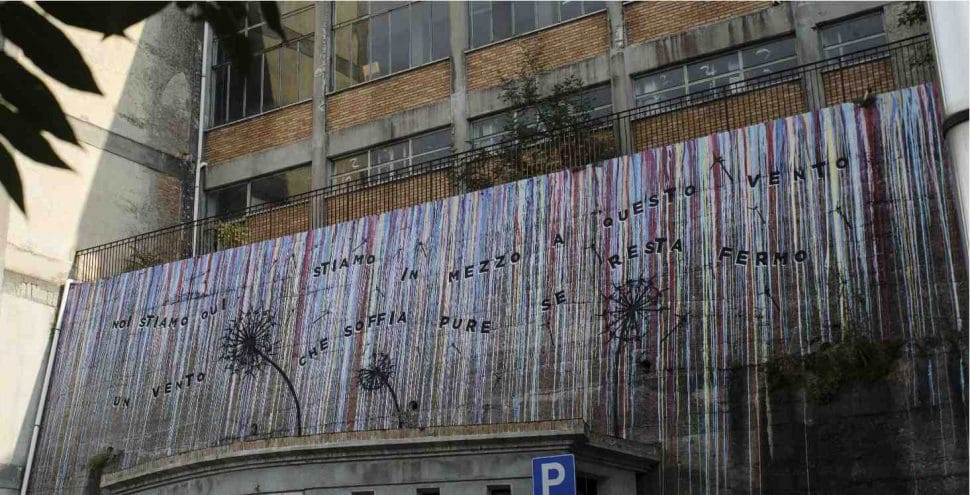 18 murals: from 30 to 180 square meters, a 7 km “River of words” painted on the pavements of Turin,
3 bus stops, and a site-specific installation for a performance 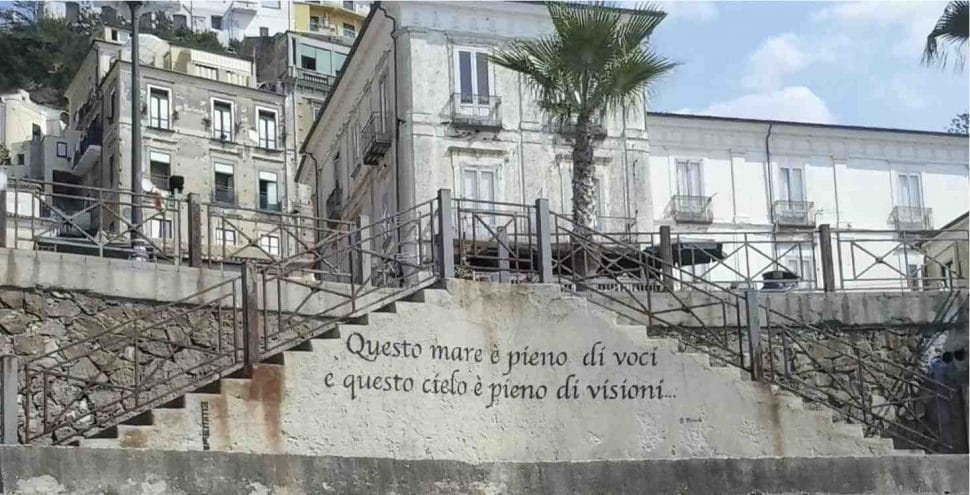 Brooklyn Street Art reviewed the project with this title, “Opiemme Writes Poetry And Letterforms Across Italy”,
published as well on The Huffington Post by Jaime Rojo & Steven Harrington:

“
Italian fine artist and Street Artist Opiemme took a variety of routes to employ the text-based art on the street this summer with his “journey through painting and poetry,” a project inspired by poets he loves. Breaking apart, recombining, stretching and spreading the written letterform, the public poetic paintings were conceived to be site-specific and included walls and pavement installations across Italy from north to south, including Torino, Bologna, Rieti, Pizzo Calabro, Faggiano (Taranto), Ariano Irpino, Menfi, Genova, Tirano (Sondrio), and finally Rome. With the help of a webzine, a few galleries, and even the city of Turin, Opiemme found a receptive audience for his works, perhaps because he chose scribes known and admired in the locations he created works for. Among them are local writers and poets mixed
with the American Jazz musician Louis Armstrong and Armenian-American rock band System of a Down. Also included are Edgar Allan Poe, Giovanni Pascoli, S. Francesco D’Assisi, Franco Arminio, Giacomo Leopardi, and Riccardo Bacchelli. Opiemme says he likes to explore the border between poetry and image, public and private, and to use the printed word as a graphic element on which to build more meanings, even as he sometimes disconnects the letters from their original context. With work that often touches on social or environmental themes his work has evolved onto the street and into the gallery in the 10+ years he has been practicing. For the Turin born Opiemme it is about plumbing the fine lines between public art, Street Art, and the written word to bring poetry out into the open.” 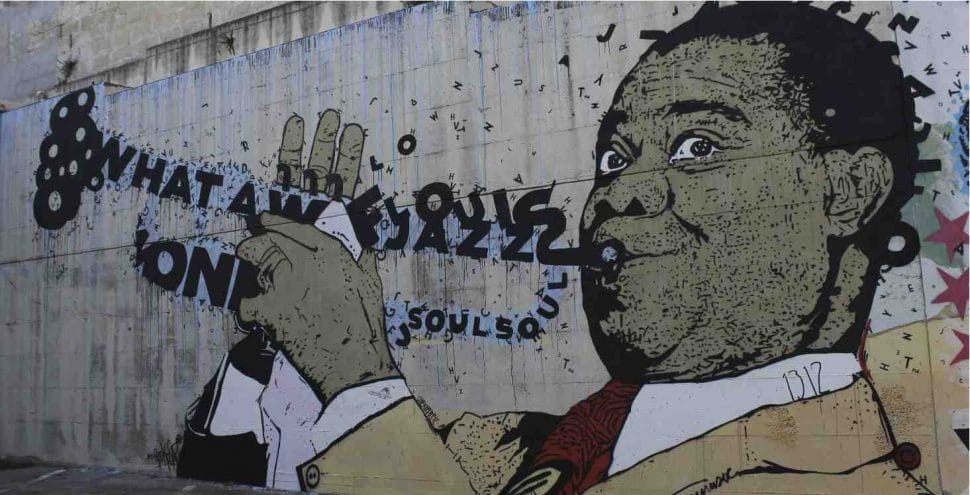 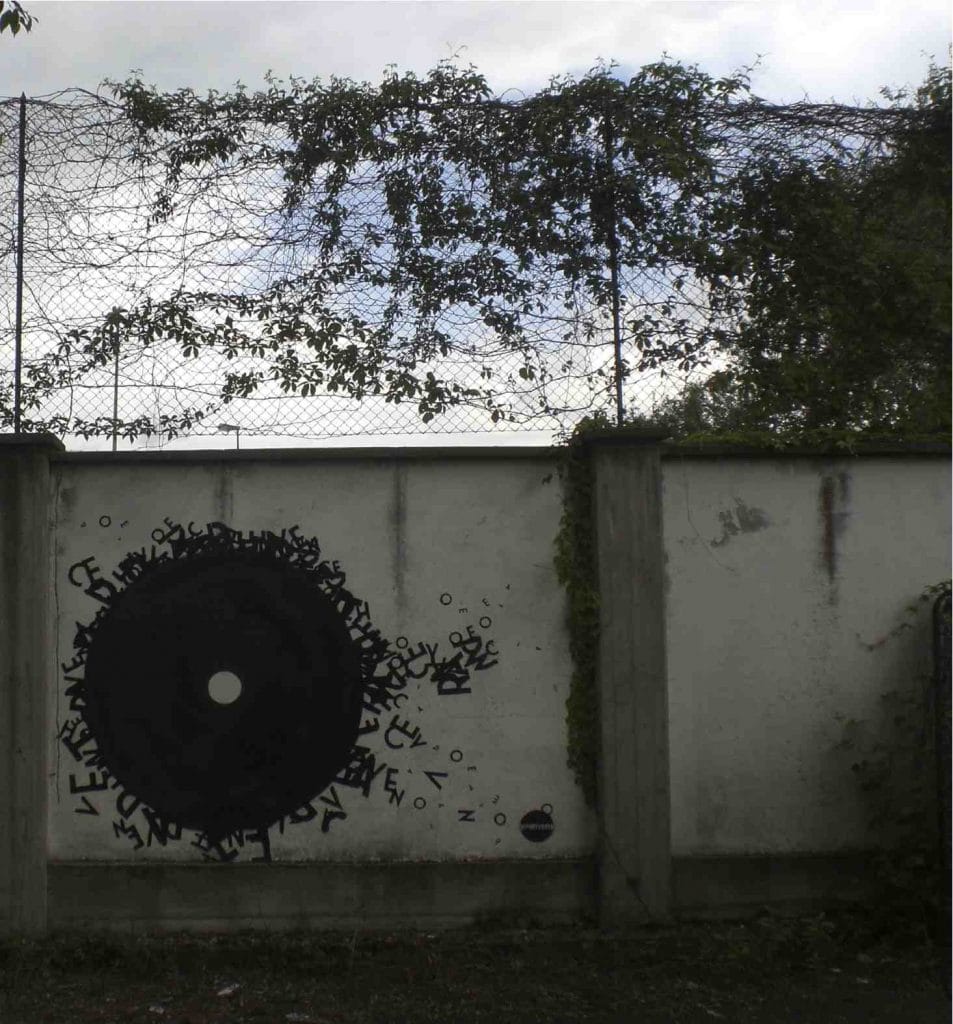 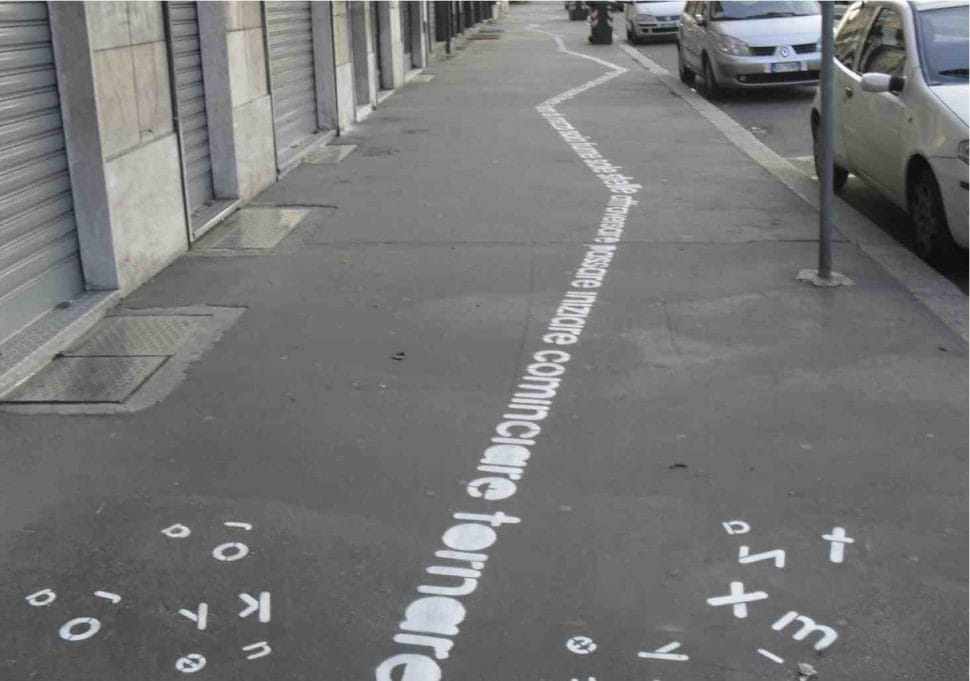 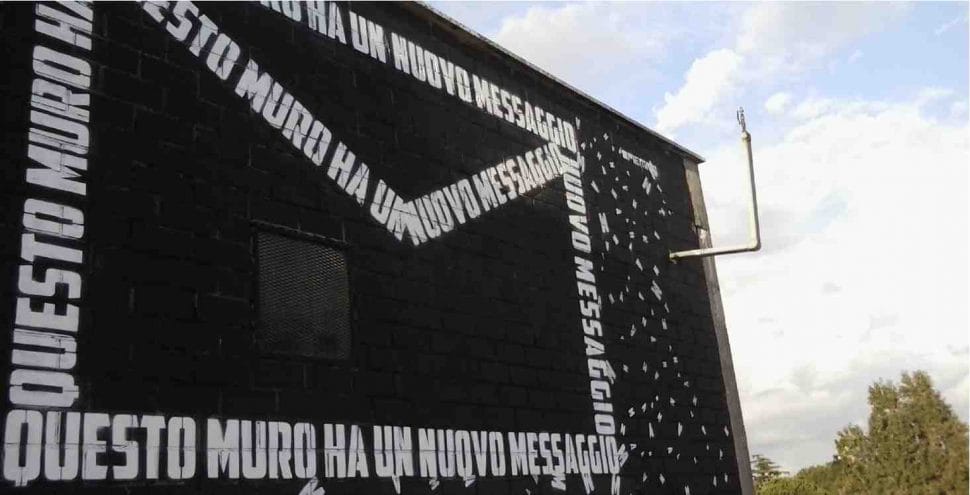 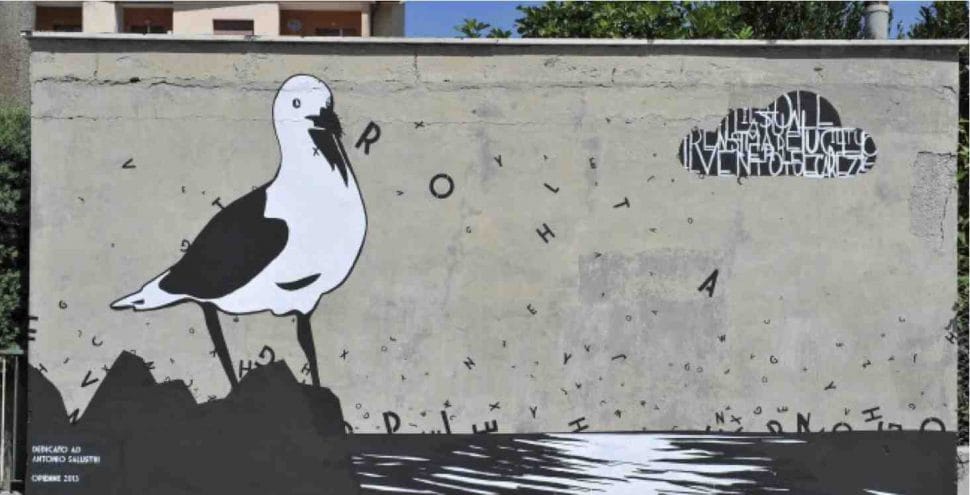 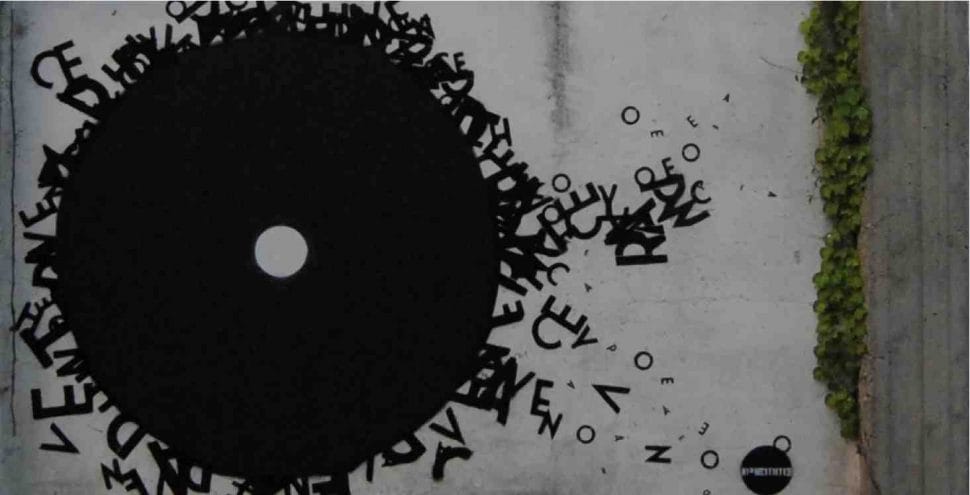 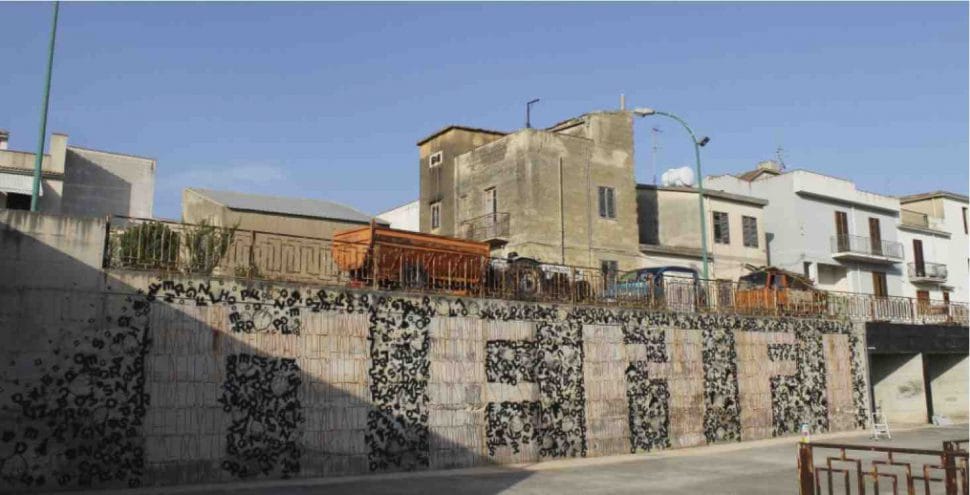 Please mind: some of these interventions may not be present anymore. Contact us before you visit it, thanks.